British -Canadian soprano and actress Michelle Todd has been performing on prestigious international stages throughout her career. Critically acclaimed for her musicality, stage presence and “extraordinary clean pitch and diction and the sheer beauty of her voice" (Calgary Herald), she has forged a career path very much her own from Bach to Berio, Schubert to Sondheim and Mozart to Morricone in Art song, Musical Theatre, Oratorio, revues, plays and contemporary chamber music. 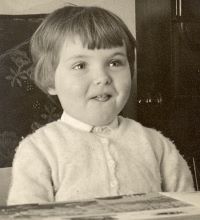 Born in Nottinghamshire, England, her earliest performances were as a member of the award winning Cantamus vocal ensemble with whom she performed throughout Europe including Hungary and Bulgaria.

Michelle is a graduate of Sheffield University (B.Mus.hons), and holds postgraduate diplomas in Opera and vocal performance from the Guildhall School of Music and Drama, and studied contemporary music theatre at the Banff Centre, Canada. She is a recipient of numerous awards including The Royal Society of Arts, CBS Award, William Ebson Award for Dramatic Performance and prize winner in the English Song Award. 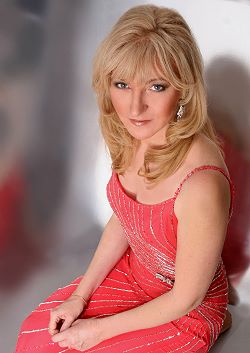 Recent recitals have taken her to the U.S, Tokyo, Denmark, Bermuda, India, Dubai, Abu Dhabi, Sharjah,  the intimacy of Handel House, London and  to the iconic Royal Albert Hall; two tours of sacred chamber music in France (Asaph/All Souls Orchestra); Respighi’s Il Tramonto for the London Chamber Music Society  at Kings Place, and three sold out seasons of Stephen McNeff’s  one woman show "The Tales of Beatrix Potter” with the London Sinfonia (Cadogan Hall). She has appeared in ten seasons with the Scarborough Spa Orchestra (UK) and across Canada notably with the Calgary Philharmonic Orchestra in Calgary’s Jack Singer Concert Hall, Jubilee Auditorium and the Bella Concert Hall.

Her performances have included many private corporate events for clients as diverse as the Norwegian Formula One Boat Racing Team, Christies of London, Ritz Carlton Hotel, Scintilla Monaco, Fairmont Banff Springs Hotel and Chateau Lake Louise. Film goers may recognize her singing voice from various commercial sound tracks. A special firework display was choreographed to her singing live for the opening ceremony of the Ibn Battuta Mall and she was guest soloist at the world’s only 7 -Star hotel Burj Al Arab, Dubai.

Renowned for her interest in contemporary music, Michelle has worked with composers as seminal as John Cage and presented more than 45 world premieres, many as soloist with Ensemble Resonance representing Canada twice at the Cantai Festival in Taiwan as performer, adjudicator and master class voice teacher.  She has also performed with Ensemble Resonance at the Newfoundland Sound Festival, Parry Sound Festival, Banff Tuning of the World Conference, Canadian Music Centre Toronto, Lethbridge and Wilfred Laurier Universites, New Works Calgary, Vancouver and Calgary Planetariums, Instrumental Society of Calgary, and the Western Canadian Music Awards in the Yukon. She presented Pierrot Lunaire with Lands End Ensemble and performed recitals across Canada as the harp and voice duo, Amata. She sang the leading role of Daisy in the Western Canadian premiere of John Beckwith and James Reaney’s opera Shivaree and has been profiled on Bravo! Television.

Her discography includes recordings of musicals, art songs and chamber music, a CD of popular sacred arias Grace Notes and the concert Loves Excelling recorded live in concert at the Royal Albert Hall released on cd and dvd.

Michelle now travels between Canada and Europe for solo and theatrical work.

Please note: This biography is not for reproduction. For publicity material please contact the agency or Michelle personally.

Michelle really did live every child's dream. She grew up in a sweet shop (candy store)!

Michelle's first West End appearance was in Sound of Music and the cast album was recorded at the famous Abbey Road Studios.

Michelle joined Matt Redman for his song 10,000 Reasons at The Royal Albert Hall which has more than three million views on YouTube.

Her concert at Handel's House was performed in Handel's music room where he composed and rehearsed Messiah.